It was Christmas in May when my Perseus arrived!!! 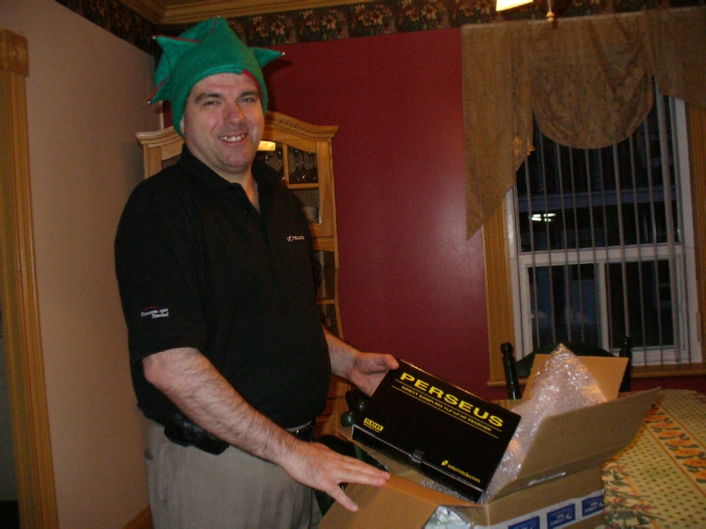 I had the Dayton Convention SSB-USA special price of $1199 USD + $34 USD to ship here. I was also very lucky because our currency (Canadian Dollar) was at pair with the US Dollar at that time!  (It has been weaker for a long time) Now the retail price in the US is $1299 USD + shipping (May of 2008)

Since I began DXing more "seriously", I've been using a sole modified  ICOM R75 between 04/2006 and 05/2008. During that period, yes I had good catches. But those were one at a time. While I was monitoring the xx frequency, something rare was happening on the yy frequency but I couldn't know it unless I had one or more extra receiver to check it.

From the moment I've got my Perseus, I began to multiply catches simply by doing wideband recordings (1600 KHz wide) at ToH (Top of the Hour) and later, taking my time to review that same file. It is like using a dedicated receiver for every single frequency! You can also compare it as going fishing with a fishing line instead of using a single fishing rod.

I admit that I had benefit from this technology (SDR) and quickly, I could build a huge collection of loggings and recordings within a relatively short period. Some of my fellow DXers have already done the same but it may have took them many years compiling catches one by one, recording one at a time while waiting for their luck.

In my view, SDRs are fantastic tools. They allow you to take your time, to analyze carefully every single frequency from a single wideband recording. With a premium class receiver design as the Perseus, DXing became a real joy. Furthermore, the Microtelecom team has been generally very cooperative listening to users comments, developing new features and fixing fewer bugs throughout different software versions.

No surprise that the 2009 WRTH edition had claimed the Perseus as the SDR of the year.

Moreover, with SDR technology we users, began to share files allowing us to tune the radio as we were just sitting at various parts of the world tuning radio or even listening live thanks to a software client/server implement (read bellow)!

To learn more about this fantastic receiver, have a look at the Perseus page from the new Microtelecom website. There is also the Perseus group.io reflector with more than 2000 members. 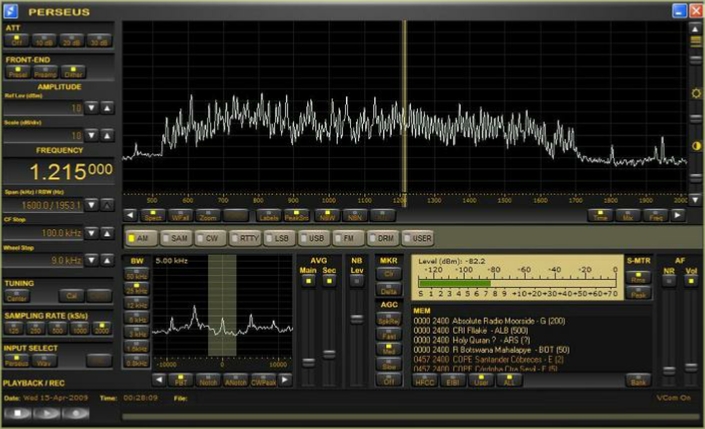 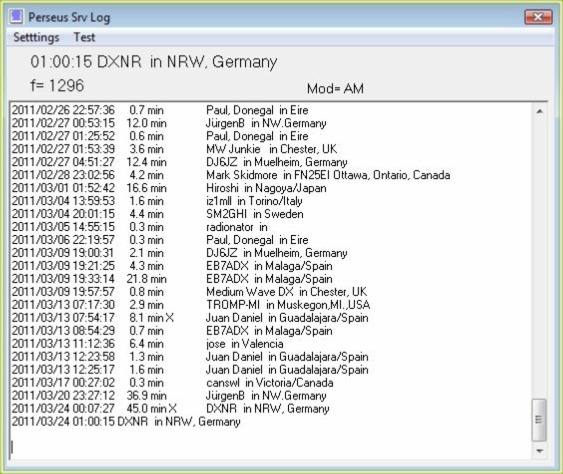 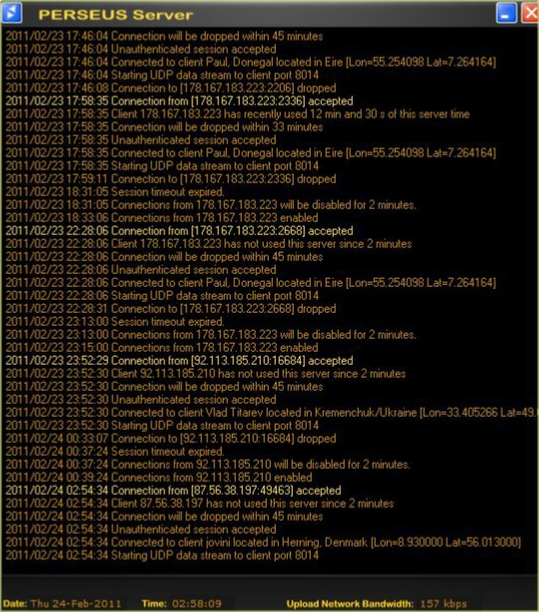 In the software version 4.0A released in January of 2011, a client/server option was added to the original software package allowing the user to leave his hardware as a server for others or surf as a client to other’ servers from around the world tuning their own radio live. Shown above is the typical server window where you can see who logged in and from where (upon condition that the client’s data has been entered properly which is done by that same client)

Above is a shot of the server log function from Jürgen Bartels’ StationList Besides showing the log list, which is already included in the Perseus software, it is allowing me to observe who and from where is my client along with the frequency/mode he is currently setting. 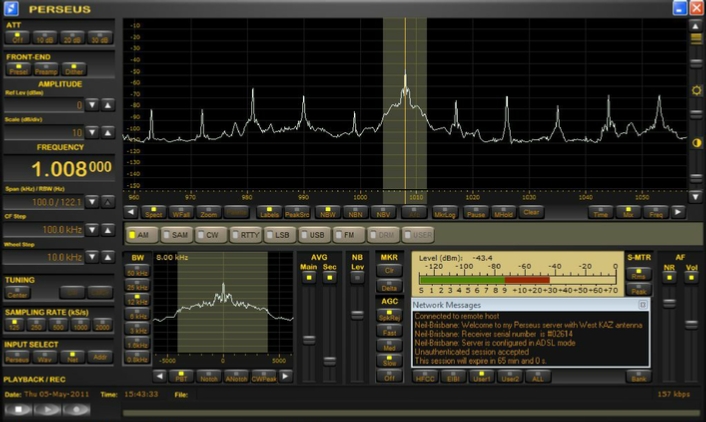 Above is my client screen while connected to Neil Findlay’s server in Brisbane, Australia

Another interesting possibility of this client arrangement is to listen to your own radio (hardware) live along with another Perseus using the client mode. This is achieved by opening a second Perseus session and connect as a client to a remote server. This is very useful when looking for parallel or clarifying a station ID.  You can even compare your own set up with another dxer by using this method. See bellow an example comparing signals against Chris Black /N1CP server in Cape Cod shown up screen and my radio both live and tuned to UK’s BBC Five Live. 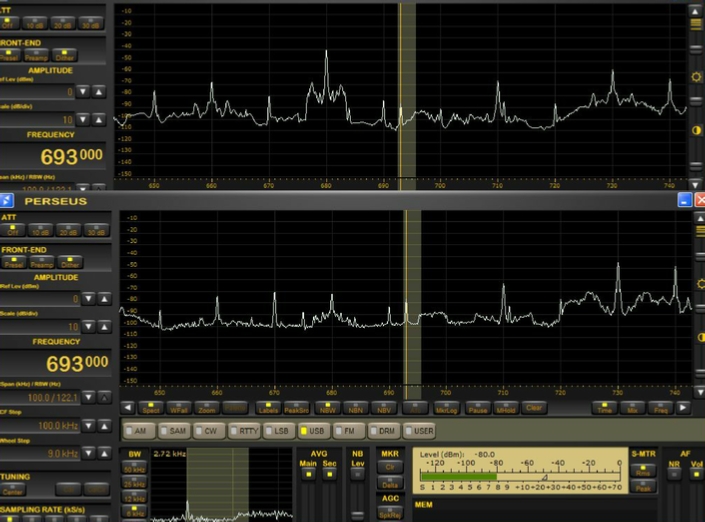 For more info about the Perseus client/server feature, how it works and how to configure it, visit this excellent page by Andrea Montefusco. Another very handy “starting up” page is this one from Ken Baird’s website.